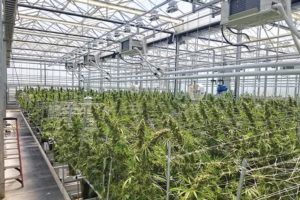 Not all new marijuana markets are created equal when it comes to business opportunities for cannabis cultivators.

The Nov. 3 election opened the door for marijuana growers in five states that could generate more than $2.5 billion in medical and recreational cannabis sales a year by 2024.

But some of those new markets are more appealing than others. Chalk it up to location, size and overall friendliness of business regulations.

Options in Montana and South Dakota – which both legalized adult use – appear limited, at best.

Mississippi – which joined South Dakota in approving medical marijuana – could be the dark horse, depending on how cities and counties respond to the new program.

In contrast, the other four states are expected to rely heavily on indoor and greenhouse operations. Their climates don’t easily lend themselves to outdoor growing because of extreme temperature swings.

In addition, more conservative-leaning states – think Mississippi and South Dakota – might be less likely to allow outdoor-grown cannabis that can’t be secured and protected against diversion.

That said: “Any new market is good,” said Nic Easley, a Colorado-based cannabis consultant, pointing out how the overall trend toward nationwide legalization benefits the industry as a whole.

Below are snapshots of each state:

This state offers a mixed bag.

Sara Gullickson, CEO of Arizona-based CannaBoss Advisers, ranks the market toward the top in business opportunities among the five new states, particularly for cultivators and processors.

She based her ranking on the potential for building out huge cultivation and processing centers indoors and in greenhouses as well as the state’s relatively large population of more than 7 million people.

The state already has a few large-scale greenhouses in operation.

So far, Arizona has issued roughly 130 vertical MMJ licenses to companies that would be eligible to start recreational marijuana businesses depending on the standing of the company.

Michael Mayes, a Chicago-based cannabis consultant, agreed, saying that while the market will be lucrative, the deck is stacked against new operators.

One opportunity comes from the 26 social equity licenses slated for entrepreneurs living in communities disproportionately affected by the war on drugs through a program to be developed by the state health department.

On the bright side, Arizona’s adult-use market is expected to develop quickly.

The state has 60 days to issue a license from the time an application was filed.

Without any licensing caps, on the surface Mississippi appears poised to mirror Oklahoma’s MMJ market, where no restrictions on permit numbers has allowed that state’s industry to boom.

But not so fast. Mississippi and Oklahoma aren’t the same: Oklahoma’s new program removes municipal control and leaves it to the state to write the regulations.

That means Mississippians will likely have local control over the new MMJ industry, which could create roadblocks.

“Even though it’s legalized, there’s going to be pressure and pushback,” Easley said.

Mayes agreed: “I’m just afraid that things are going to get tied up and there’s going to be a huge clash between local and state.”

That said, doctors can recommend medical marijuana for more than 20 conditions.

And if the state allows reciprocity from registered patients in other states, there would be an opportunity for serving out-of-state patients.

“It’s going to be a lucrative opportunity for those who are interested in it,” Gullickson said.

Easley predicts it will take 18-24 months before any MMJ revenue is generated, though licenses are supposed to be issued no later than Aug. 15, 2021.

The sticking point for would-be growers: Existing medical marijuana businesses will get first crack at entering the recreational market for a year, and the initiative also requires that business licenses go to Montana residents.

Gullickson sees the state as a “very small opportunity.” She added that in some areas, cultivation companies already have the market cornered.

“I look at the existing producers to see how they’re doing, and I think they’re doing a really good job,” Gullickson said.

The University of Montana projects 2024 adult-use sales to reach $234 million.

Easley expects to see businesses generating revenue by 2021, but he reckons five to 10 brands will dominate the state.

Industry officials are the most bullish on New Jersey, thanks to proximity to New York and that state’s approximately 20 million residents.

Although the existing MMJ businesses will get a head start, customer demand is expected to outpace supply, making New Jersey a lucrative market for growers.

Gullickson ranks the state No. 1.

Gov. Phil Murphy backs the program, and that can help push its development.

When the adult-use program is up and running, Easley expects it to outpace Massachusetts in revenue over the long term – even though Massachusetts has been a “cash cow.”

The big concern that Mayes and Easley cited: The two dozen MMJ licenses that were available in the third round of approvals remain mired in lawsuits. That doesn’t bode well for new growers.

Despite South Dakota being the first to legalize recreational and medical marijuana simultaneously, Mayes ranks the market last for business opportunities.

“They don’t really want it, it seems like,” he said. The timeline for awarding licenses and starting the program is set too far in the future, Mayes added.

Gullickson characterized South Dakota as “kind of a question mark,” questioning how the MMJ and recreational programs will coexist.

This will be the “slowest and most painful of markets,” Easley predicted. “It’s a long game.”

Bart Schaneman can be reached at [email protected]