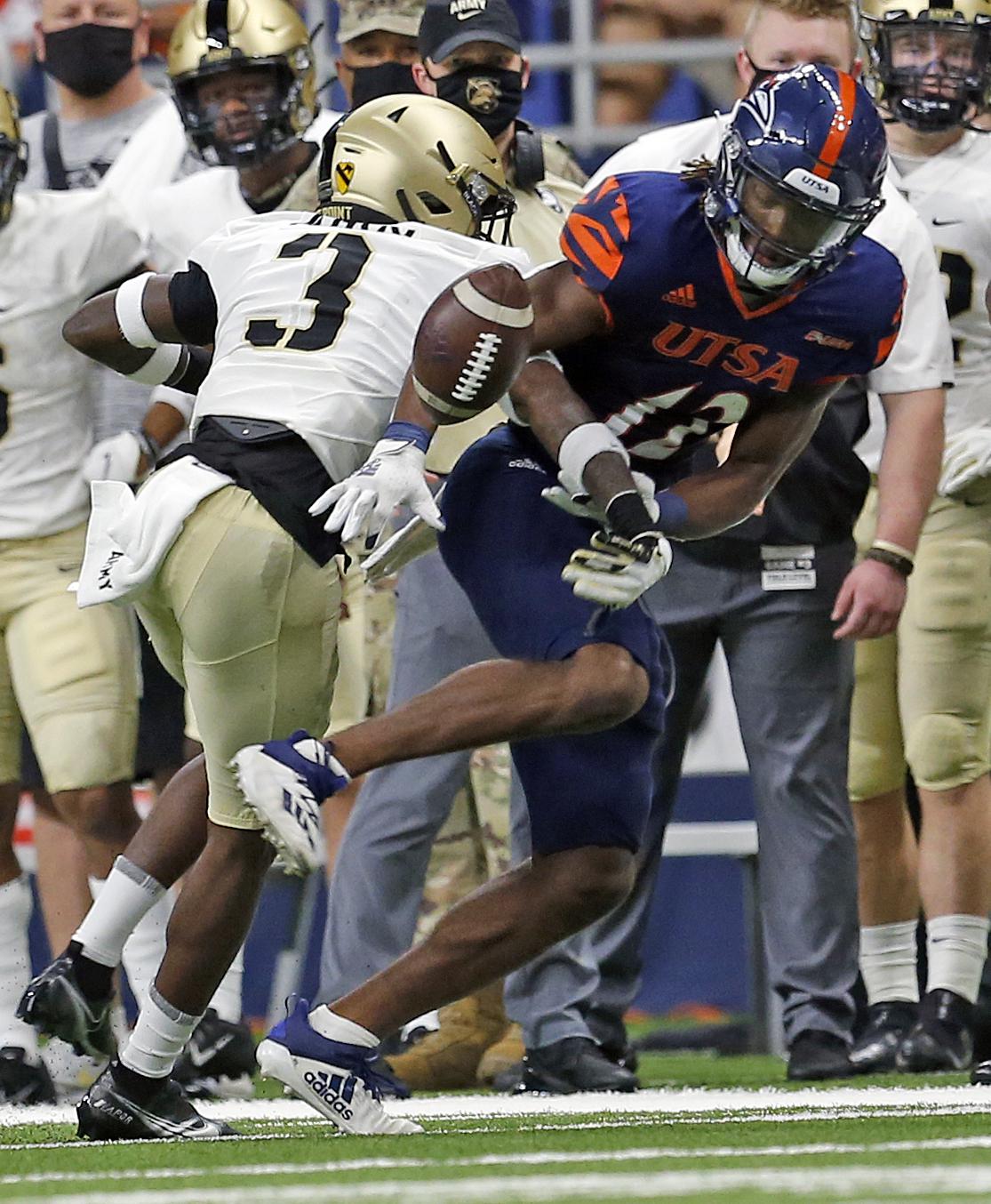 Army’s triple-option attack gashed UTSA for more than 350 yards and the Roadrunners’ offense struggled to find traction following an injury to quarterback Lowell Narcisse as the Black Knights secured a 28-16 win Saturday in the Alamodome.

Narcisse, starting at quarterback for the first time this season, was carted off with a large brace on his left leg after a 20-yard run early in the fourth quarter. He finished the game 16-of-31 passing for 155 yards with a touchdown, adding 47 yards on the ground.

He was replaced by Frank Harris, UTSA’s opening-day starter at quarterback, who completed 3 of 8 passes for 31 yards and a touchdown, picking up 21 yards on three rushes. Running back Sincere McCormick ran for 133 yards on 18 carries and receiver Zakhari Franklin set a school record with 12 catches for 138 yards and two scores, but the Roadrunners were forced into four punts and two turnovers on downs.

Army, playing without its top two options at quarterback in Christian Anderson and Jamel Jones, rotated Cade Ballard and Tyhier Tyler under center. The Black Knights completed just one pass but ran for 305 yards on 60 carries, chipping away at the Roadrunners’ defense.

After Army (5-1) built a 14-3 lead, Narcisse connected with Franklin for a 1-yard score late in the second quarter to trim the margin to 14-10 at halftime.

Tyler pushed the Black Knights’ advantage back to 21-10 with a 37-yard touchdown run during the third quarter.

Harris’ first play was an 11-yard touchdown pass to Franklin to pull UTSA within 21-16, but the Black Knights needed less than two minutes to answer with a touchdown drive for a 28-16 lead early in the fourth quarter.

The Roadrunners’ next two possessions resulted in turnovers on downs deep in Army territory, allowing the Black Knights to run out the clock.