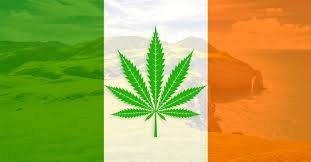 Emails prove Irish farmers got in touch with the Health Department to talk about the next steps, which might see Ireland the next European cannabis powerhouse immediately.

Following a successful Freedom of Information (FOI) request, The Times released the details of an exchange between officials representing the farmers and the government.

Fintan Conway, Executive Secretary at Irish Farmers Association, in a letter to Marie Egan, a pharmacist in the medicines, controlled drugs and pharmacy section in the Health Department, claimed Ireland could be the next top dog in the production of medicinal cannabis.

He said: “Ireland is well-positioned geographically and politically to become a major player in the developing international market for industrial hemp, CBD oil and medicinal cannabis.

“However, in order for the crop and the industry to realise its full production and economic potential the proper regulation framework needs to be put in place.”

In Ireland, as with the vast majority of countries in the world, recreational cannabis use is strictly prohibited.

Medical cannabis, according to the Misuse of Drugs Act 1977, listed cannabis, cannabis resin, cannabinol, and its derivatives as schedule 1 drugs.

However, people suffering from chronic pain may receive permission to use medical cannabis if their application is approved by the Minister of Health.

Mr. Conway said Ireland was able to purchase cannabis seeds outside the EU, which would, according to him, serve as a golden opportunity for businesses in the cannabis industry across the country.

He also claimed that Ireland could join the US and Canada and would be developing higher quality products from the start.

He said: “These seeds are currently not available to EU farmers. Following such a path would give Irish producers a significant competitive advantage.

“Based on current hemp flower CBD content of 3-5 per cent CBD, a farmer could expect to achieve approximately €5,000 per tonne of the flower.

“Were Ireland to approve varieties with a much higher CBD content — while respecting the 0.3 per cent THC limit — of up to 15 per cent, this would potentially treble returns.”

According to Mr. Conway, not having a low legal THC limit in Ireland was a huge barrier, and it prevented the country from flourishing.

He expressed his disagreement with the Irish regulations, which see the CBD products categorised as controlled substances even with a small amount of THC.

Ms. Egan from the Health Department dodged the bullet and said: “Policy to date has not permitted the cultivation of cannabis for medical purposes, beyond research purposes only, and no licences have been issued for this activity.”

She added Mr Conway should’ve talked to The Health Products Regulatory Authority (HPRA) if he was interested in the medical cannabis programme, which was implemented by the then Health Minister on a pilot basis.