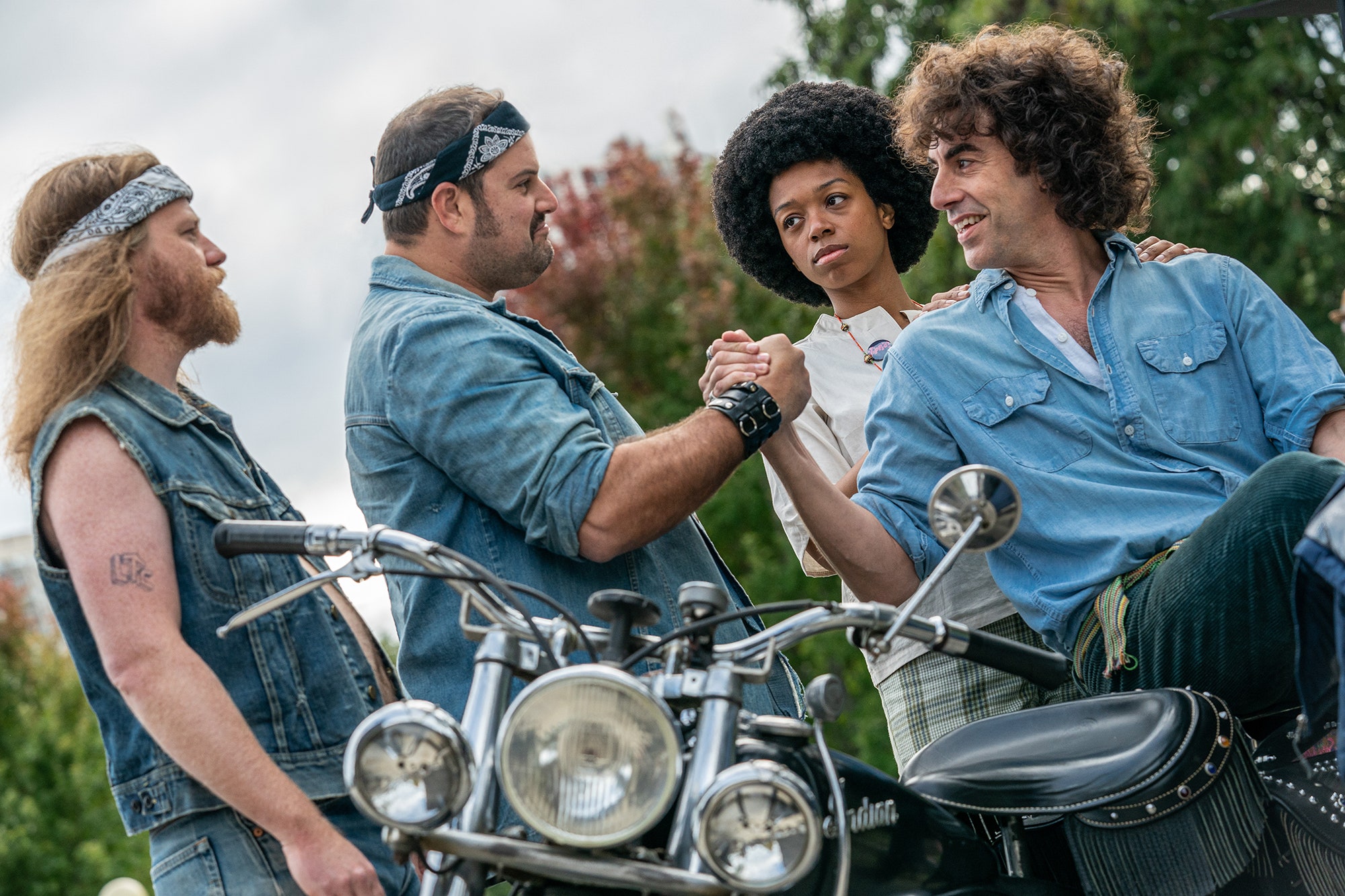 Based on a true story, “The Trial of the Chicago 7” chronicles the infamous trials of seven individuals after peaceful protests outside the 1968 Democratic Convention turned violent and unraveled into a fatal clash with police officers and the National Guard. The protest organizers — including Abbie Hoffman, Jerry Rubin, Tom Hayden and Bobby Seale — were charged with conspiracy to incite a riot.

Oscar and Emmy winner Aaron Sorkin (“Molly’s Game” and “The Social Network”), wrote and directed the film. Since writing the original screenplay in 2007, Sorkin has tweaked the script to draw parallels from the events 50+ years ago to current events and the social justice movement today.

Paramount Pictures originally planned to premiere the movie in limited release on September 25, 2020, before going wide on October 16, 2020, but due to the coronavirus pandemic, the film’s theatrical plans were shelved and Netflix stepped in to acquire global rights for the film.

“The Trial of the Chicago 7” will now arrive on Netflix on October 16, which Variety’s Jazz Tangcay says places the film as a “strong awards contender.”