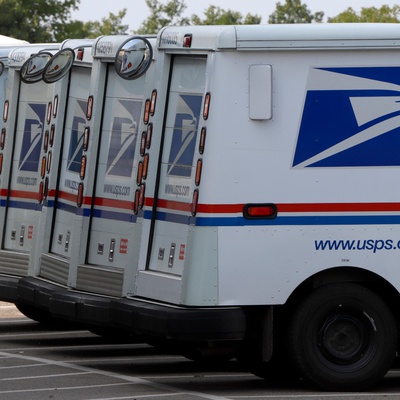 The U.S. Postal Service has reversed a September slide in on-time mail delivery, with the downtick in delays coinciding with court orders to roll back controversial policies initiated by its new top executive.

For the week ending Oct. 3, USPS delivered 86.2% of First-Class mail on time. That marks the second consecutive weekly increase and is up from 84.2% two weeks prior. Mail delays drew significant attention after Postmaster General Louis DeJoy instituted reforms that caused them, leading to congressional scrutiny, public outcry and a spate of lawsuits. Federal judges have sided against USPS in every case in which they have so far ruled, leading to injunctions on DeJoy’s policies and directives to employees to walk them back.

The recent service improvements with fewer mail delays directly followed USPS issuing an all-employee memorandum on Sept. 21 clarifying the agency would follow a court order, including approving all overtime as necessary to deliver election mail in a timely fashion and walking back DeJoy’s push to eliminate late and extra trips between postal facilities. The reversal was a major victory for states and advocacy groups concerned about the impact delays would have on an election that is already seeing a record number of mail-in ballots. For the week ending Oct. 2, USPS processed 98% of its trackable election mail on time, up from 94% two weeks prior.

On-time delivery of First-Class mail—which included regular letters and other non-“junk” pieces—still remains far below its 2020 high point of around 93% before the novel coronavirus pandemic took hold and the 92% on-time delivery rate USPS saw over the summer before DeJoy’s changes went into effect. Still, some observers see the recent rollbacks of the postmaster general’s initiatives as responsible for the Postal Service’s recent improved performance.

“Despite assurances from Postmaster General DeJoy and other Postal Service officials that the steep drop in July would be temporary and that service performance would be rapidly restored, delays increased overall during the month of September and on-time delivery performance remains worse than it was in June and early-July,” staff for Sen. Gary Peters, D-Mich., the ranking member of the Homeland Security and Governmental Affairs Committee, said in a recent update on postal performance. They noted, however, that USPS has since been forced to unwind DeJoy’s reforms and service subsequently improved. Committee Democrats will continue to monitor the situation, the staffers said, as “recent fluctuations” in on-time performance remain a “cause for concern.”

A House Democratic aide also said it appears there is causation between the court orders and recent improved performance.

“Between the court orders, public pressure and the settlement, the USPS had to stop DeJoy’s plans,” the aide said.

This week, after losing in preliminary rulings in seven consecutive cases in various federal courts across the country, USPS opted to settle a case brought by Gov. Steve Bullock, D-Mt. The settlement will largely follow the promises the Postal Service already made in previous lawsuits.

“Since the filing of the lawsuit, the Postal Service has implemented guidance documents making clear that the operational changes of concern to Gov. Bullock are not an issue for the 2020 November Election,” said Dave Partenheimer, a USPS spokesman. “The Postal Service was willing to resolve this matter because it has always been our goal to ensure that anyone who chooses to utilize the mail to vote can do so successfully.”

Mike Plunkett, a former USPS vice president and current president of PostCom, an association of large-scale private sector mailers, said there could be multiple factors at play impacting postal performance. While operational changes mandated by courts could pull delivery in one direction, localized impacts of COVID-19 could push it in another. Following another court order, DeJoy starting Oct. 1 expanded transportation networks to ensure on-time delivery of mail-in ballots. USPS has struggled to isolate the impacts of those variables, he said.

Partenheimer highlighted USPS’ emphasis on extra resources for election mail delivery and other resources to explain the reduction in mail delays.

“Service improvements can be attributed to the dedicated efforts of our employees and our continued focus on the advancement of inventory, reduction in cycle times and effective use of transportation,” he said.