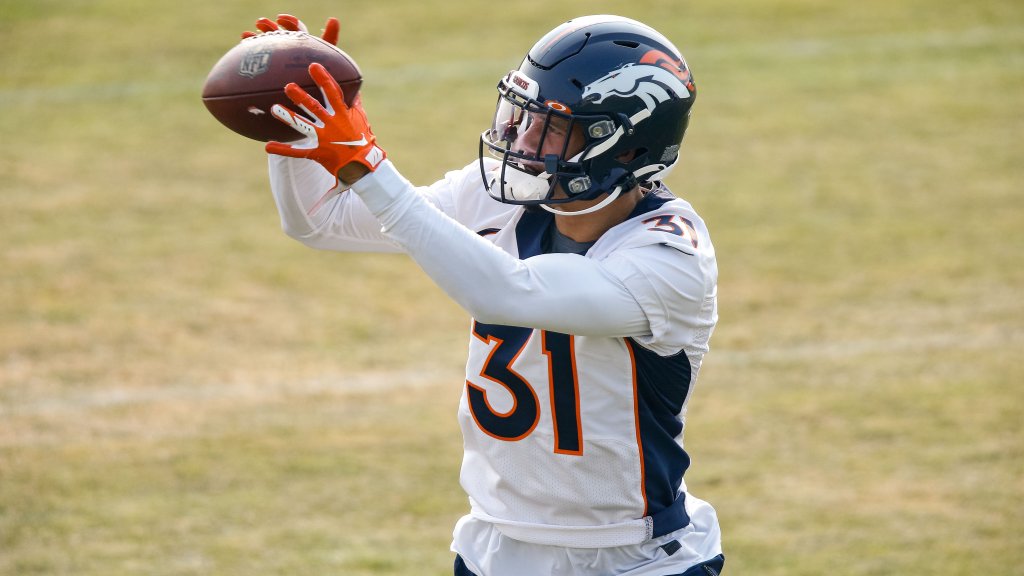 The Dallas Cowboys secondary might just be the newest wonder of the world. It’s an abyss so vast it can turn mediocre offenses into high-flying ones capable of scoring with ease. Part of the issue is injuries. Part of it is coaching. And part of it is personnel.

For nearly two decades the team has put its worst foot forward in trying to fill the shoes that should-be Hall of Famer Darren Woodson left on the back end. The front office is content on taking players late in the draft or signing second and third-tier players hoping that it will be the diamond in the rough. Some thought free-agent Earl Thomas would finally be the one, but his antics are so toxihe remains a free agent in mid-October. ESPN’s Bill Barnwell has an idea for the Jones family, trade for Denver Broncos safety Justin Simmons.

The Cowboys haven’t been interested in safety Earl Thomas, but what they need is someone who can be stout against the run and solid in coverage. Trading for Simmons would be a bold move, especially given that they just lost Prescott for the season, but Dallas has enough to win the NFC East with Andy Dalton behind center if it can get the secondary right. Team owner Jerry Jones and the front office also have shown an interest in trading for young stars they can sign to extensions, and Simmons would presumably be open to a significant extension on the sort of long-term deal the Cowboys favor.

So far, the safety position has been a mess for Dallas in 2020. Xavier Woods was thought to have Pro Bowl potential, but he’s struggled this season. After letting the frustrating Jeff Heath walk in free agency, the club signed former first-round pick HaHa Clinton-Dix. He was cut in training camp. Journeyman Darian Thompson started the first four games of the season but was benched for 2019 sixth-round pick Donovan Wilson. The club elevated some guy named Steven Parker from the practice squad for Week 5 and he played 24 snaps in mostly three-safety sets.

To say Dallas could use an upgrade in talent there would be an understatement.

Simmons is playing on the franchise tag in 2019 after having one of the best safety seasons in the league. His 90.7 defensive grade ranked him No. 1 with Pro Football Focus last season. The 6-foot-2, 202 pound former Boston College Eagle is a sure tackler with solid coverage abilities and who’s logged over 1,000 snaps the last two seasons.

The kneejerk reaction anytime a franchise quarterback goes down, especially this early in a campaign, is throw the entire season away and tank for the best pick possible. It’s hard to blame anyone for thinking that way, but the coaches, players and front office certainly won’t subscribe to that in the slightest.

On top of that, playing in the NFC East complicates matters. The Cowboys are bound to win some games and remain in the playoff hunt in what has been a historically terrible division. Still, the idea of trading for a player who’s on a franchise tag and has no years left on his contract seems like a bad idea in a year that the Cowboys won’t be true contenders.