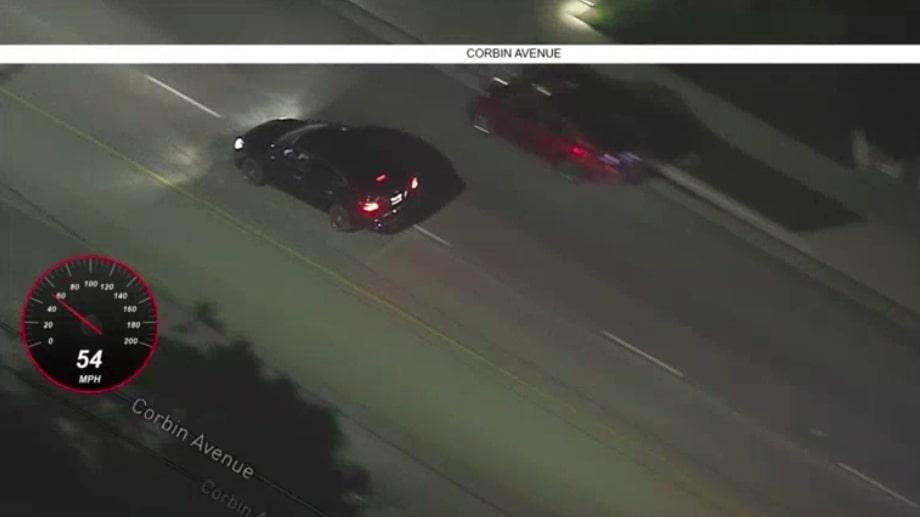 A man was arrested after a short chase through San Fernando Valley streets that ended in an apartment complex.

The chase began on a call of a reckless driver.

The driver appeared to have hit a spike strip on Nordhoff Street in Canoga Park.

Officers have taken a man out of the apartment unit and are detaining him, but it is unclear if he is the pursuit suspect.

A woman also walked out of the unit with her hands up when officers first arrived.