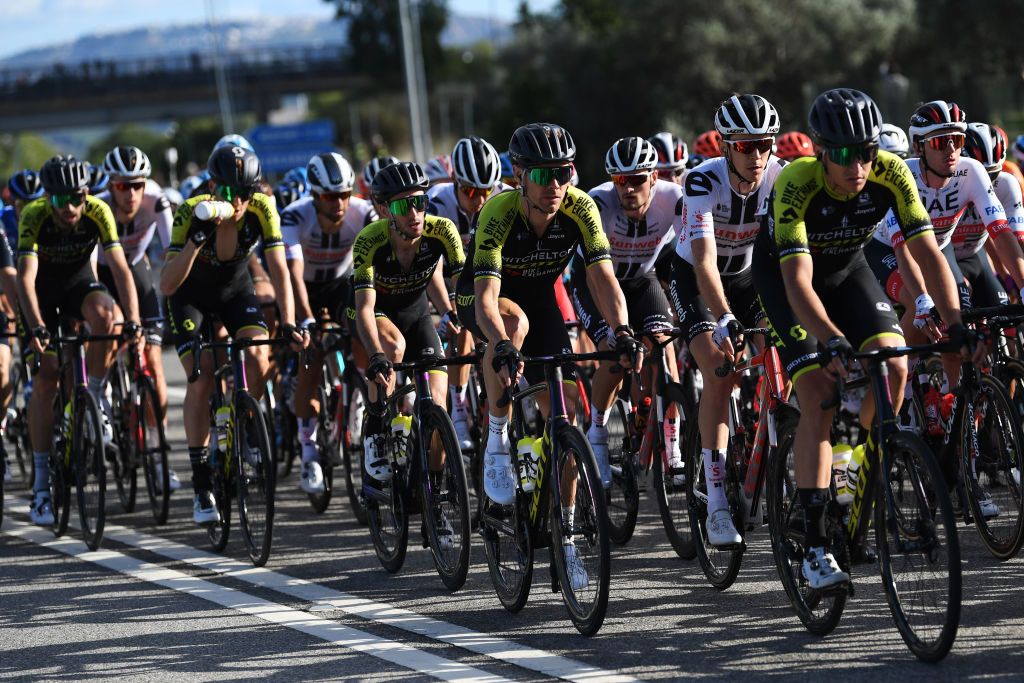 Race organiser RCS Sport carried out a total of 571 tests on the riders and team staff at the Giro d’Italia. The testing was split across Sunday evening and Monday morning, with all the RT-PCR swab tests then sent to Milan for testing in a private laboratory. Further tests are due to be done on race staff on Wednesday.

Stage 10 of the race between Lanciano and Tortoreto Lido is set to take place Tuesday morning. Kruijswijk was the best-placed rider on GC to leave the race, sitting 11th overall, at 1:24 behind the maglia rosa, Joao Almeida (Deceuninck-QuickStep).

The blow for Mitchelton-Scott comes several days after their team leader Simon Yates was forced to leave the race due to a positive COVID-19 test. He remains in Italy at present as he quarantines.

“Unfortunately we received the news on Monday evening that we have returned a number of positive COVID-19 results to members of our staff after our third round of tests in three days,” said Mitchelton-Scott’s general manager Brent Copeland.

“As a social responsibility to our riders and staff, the peloton and the race organisation we have made the clear decision to withdraw from the Giro d’Italia.

“Thankfully those impacted remain asymptomatic or with mild symptoms, but as an organisation the health of all of our riders and staff is our main priority and we are now focused on safely transporting them to areas where they are most comfortable to conduct a period of quarantine.

“We wish the RCS and the rest of the peloton a successful finish to this year’s edition of the Giro d’Italia and we look forward to returning in 2021.”

Jumbo-Visma released a brief statement on Twitter, stating: “Kruijswijk will not appear at the start of the tenth stage of the Giro d’Italia. Kruijswijk tested positive on Covid-19 on the rest day. As a result, he has to leave the race.”

🇮🇹 #Giro @s_kruijswijk will not appear at the start of the tenth stage of the Giro d’Italia. Kruijswijk tested positive on Covid-19 on the rest day. As a result, he has to leave the race.October 13, 2020

Sunweb confirmed the news surrounding Matthews via a short statement posted on their website. They confirmed that the Australian remained healthy and that he would be isolating for a period of time.

“After undergoing a PCR test at yesterday’s Giro d’Italia rest day, Team Sunweb’s Michael Matthews has tested positive for COVID-19. He is currently asymptomatic, feels healthy and after receiving the results early this morning, he is now in quarantine,” the statement read.

“All other riders and staff returned a negative test and at this stage, no other team member displays symptoms of COVID-19. The team will continue to closely monitor all within their bubble, operating with as much discipline as possible, doing the maximum it can.”

Just got the news that I’ve returned a positive test for COVID-19. Disappointed that this is the way the Giro ends for me after a fantastic first week with the team. For now, I’ll begin my isolation & monitor things closely. Hoping to make a full recovery & get back racing soon. pic.twitter.com/IzLoAcEe9WOctober 13, 2020