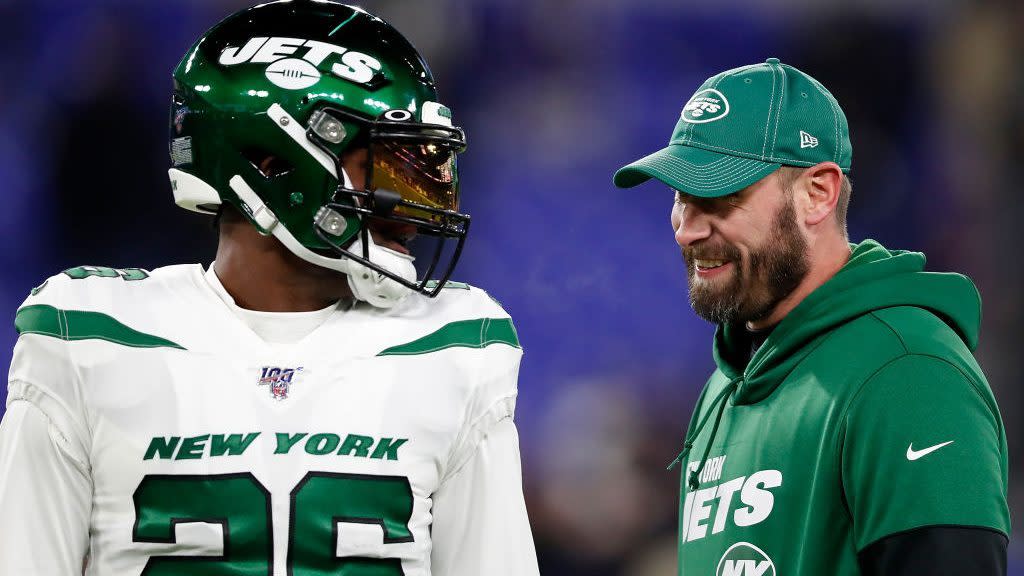 Bell declined post-game interview requests as the Jets fell to 0-5 on the year with all five losses coming by at least 11 points. Instead, he appeared to make subtle note of frustration on Twitter by “liking” tweets that pondered why Bell had only one target in the passing game against Arizona.

Via SNY, Gase said on Monday that he didn’t appreciate Bell expressing his frustrations through social media.

“I hate that’s the route that we go with all of this instead of just talking to me about it, but it is the way guys want to do it nowadays,” Gase said.

Bell had 13 carries for 60 yards and caught one pass for seven yards in the loss to Arizona.

No one with the Jets is going to be happy about their current predicament. They are a struggling team that already knows they’re playing out the string with a head coach in Gase that may not make it through the season. Frustration is understandable and Gase certainly gets why Bell would be frustrated.

“No, I haven’t had a chance to speak with him on those specific topics yet. It is what it is,” Gase explained. “I know he’s frustrated that we haven’t won. Wasn’t necessarily the plan of not targeting him in the pass game. Just kinda ended up being that way because of how they were playing us. That’s what it is. You just got to try to find ways to move the football, that’s all we’re trying to do. Doesn’t always go exactly as planned.

“I get it in the aspect of players getting frustrated when they feel like they should be targeted more or getting more touches. There’s a lot of guys feeling that way and we just got to go back to work and figure out ways to get our guys involved.”