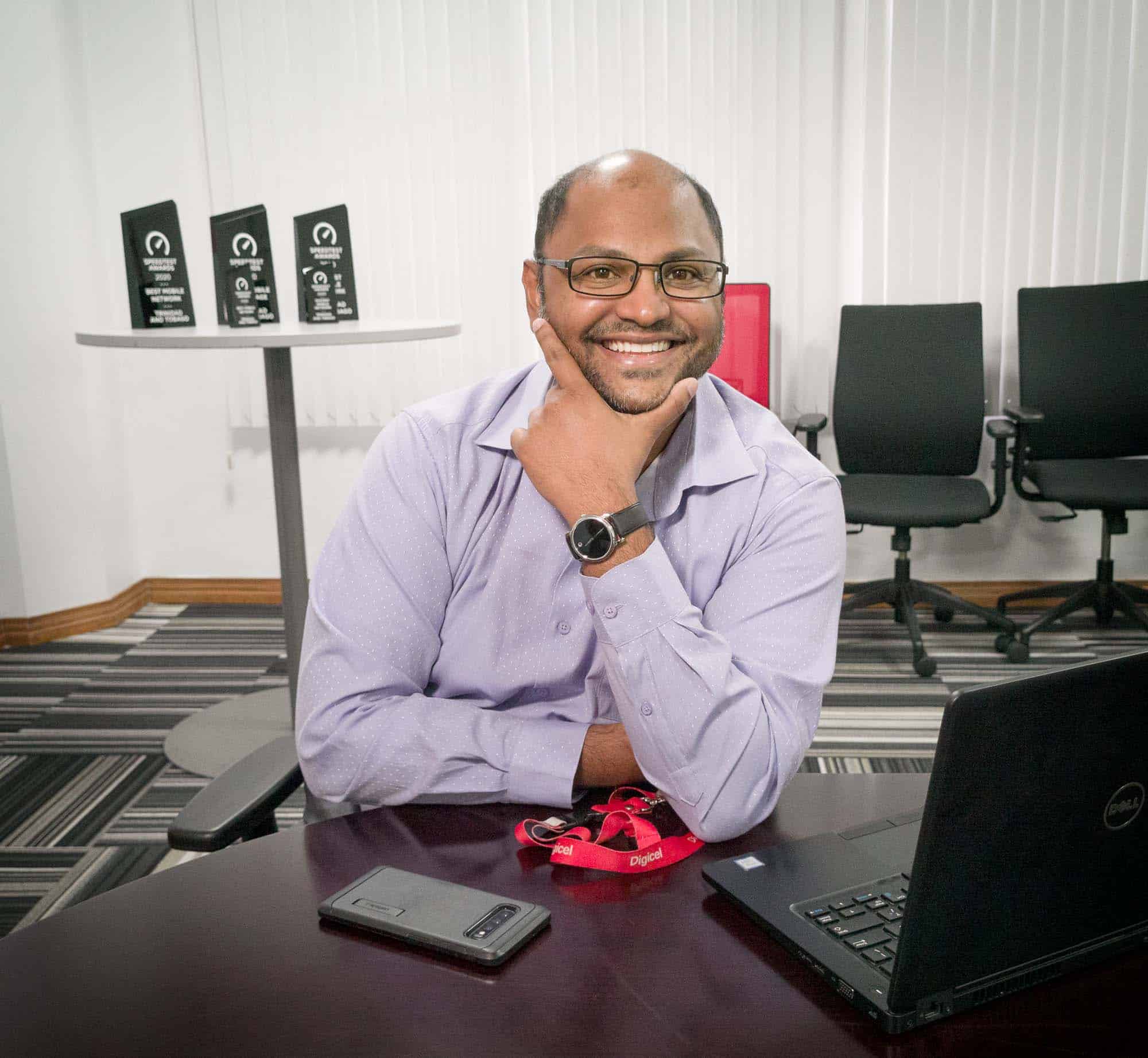 On October 01, 2020, Digicel got the 700mhz frequency allocation it’s been asking for since announcing 4G mobile service.

The Telecommunications Authority of Trinidad and Tobago (TATT) allocated 10mhz of frequency in the spectrum to Digicel, half of what it says it needs, which the company will use along with existing capacity in the 1900mhz spectrum and a previous frequency allocation in the 850mhz spectrum on the Advanced Wireless Services (AWS) carrier band it deployed in August 2019.

“You can get good 3G coverage on those frequencies,” said Chandrika Samaroo, Chief Technical officer of DigicelTT.
“The 1900mhz spectrum is good for capacity, but not for coverage.”

“When you enter a fete,” Samaroo said explaining the transmission power of lower frequencies, “you always hear the bass first.”

The lower 700mhz frequency is considered ideal for 4G and 5G implementations and the results are impressive in testing.
In zones covered by cell sites capable of broadcasting on the frequency, Digicel demonstrated 430+ megabit speeds out of a possible 500 megabits in their deployments on the frequency.

“Those sites will be activated over the next two to three weeks,” Samaroo said of the company’s growing 700mhz transmission capacity.

“We have purchased a second phase of 30 sites that will be installed by February or March and we are planning for another 80 sites.”

Digicel will cover signal gaps on the Tobago ferry route and the next deployment of sites will be placed in Toco and Tobago to improve that signal while providing improved coverage to residents near the new sites.

“The first 200 sites were based on demand,” said Samaroo, “but the world has changed and the next 80 sites will address gaps in rural coverage.”

“The decisions will be based primarily on population density, but we are going to juggle a limited resource to address issues of customer demand in remote areas.”

All users will see a performance boost in areas covered by 700mhz sites, but devices capable of using the three carrier bands (3ca) that Digicel is broadcasting will see the biggest improvements.

On mobile, Digicel has seen a 50 per cent growth in traffic with individuals using 30 per cent more data, with specific surges in the use of Zoom, Teams and Google Classroom.

The company’s LTE subscriber base has increased by 20 per cent, while churn, customers allowing service to lapse through late payment, has dropped by 25 per cent on its wired fibre network. The wired network has seen 30 per cent growth in subscribers.

“In one month, we have seen growth [in traffic] of 60 percent since the start of term,” Samaroo said.

“For me, as the person responsible for delivering that experience, we have been increasing link capacity, load capacity, core expansions and removing little bottlenecks.”

“We have done expansions on our international links and the most important has been the improvement of our spectrum, we have found the regulator [TATT] to be very responsive.”

“Our team takes this work very seriously, if we don’t do our job properly, a child might not get educated.”