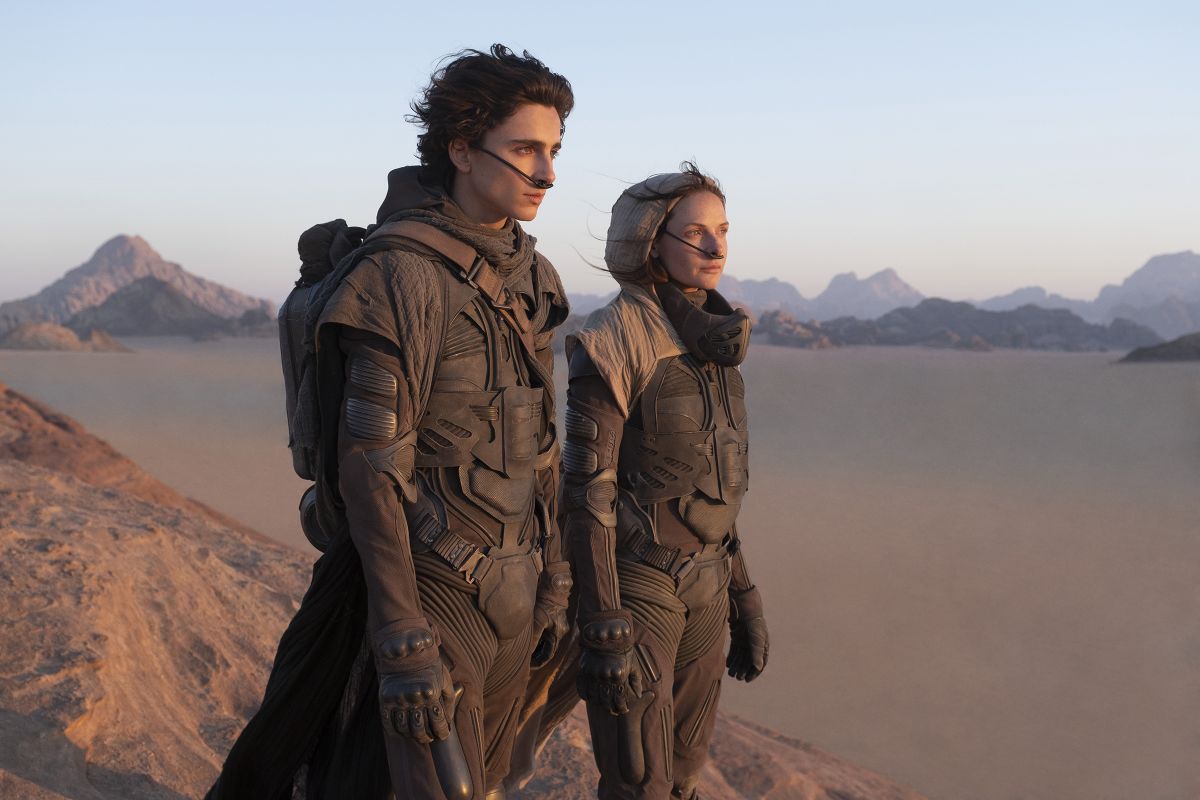 Regal Cinemas, the country’s second-largest movie theater chain after AMC Theatres, suspended operations at its 536 locations on Thursday – a bold move that its parent company, Cineworld, attributes to an “increasingly challenging theatrical landscape.” The decision affects approximately 40,000 jobs and was primarily driven by delayed release dates and continued closures in major markets like New York.

It seems America didn’t pass the “Tenet” test, as the highly anticipated Christopher Nolan release, which has amassed more than $300 million globally, fizzled out in theaters stateside. The likely reasoning is that people were nervous (or unable) to linger in enclosed spaces amid a surging pandemic, and who can blame them? Theater employees feel the same way. The lackluster response to the Hollywood tentpole seemed to set off another series of delays, including that of the new James Bond film, previously slated for Thanksgiving, and star-studded Warner Bros. projects like “Dune” and “The Batman.”

Cineworld announced the suspensions in the wake of Universal and MGM pushing Bond’s “No Time to Die” (again) to April 2021, a full year after its original release date. The film was among the first to be affected by the coronavirus outbreak, back when thousands of Chinese theaters remained closed. Nearly seven months later, the Chinese box office is reportedly hitting pre-coronavirus heights again. America is still scrambling.

Studios continue to shuffle titles as the theatrical landscape evolves, and it can be difficult to keep track. Here’s a breakdown of where major studios stand and which films to expect (for now) in late 2020 and beyond. (We have omitted far-off projects such as James Cameron’s four “Avatar” sequels, now slated to hit theaters between 2022 and 2028, and the “Star Wars” films set for 2023 onward.)

“No Time to Die,” Daniel Craig’s final outing as James Bond, is now due for an April 2021 release. The star told Jimmy Fallon on “The Tonight Show” that this November, already a rescheduled date, “just isn’t the right time.”

“F9,” the “Fast and Furious” installment originally scheduled for this past May, was pushed to April 2021 in the first couple weeks of the pandemic – a move that seemed drastic then but seems quite prescient now. Universal has since delayed the movie again, this time to May 2021.

“Minions: The Rise of Gru” and its bright yellow creatures will wreak havoc on young households in July 2021, a full year after the original date. Brace yourself, as the poster itself recommends.

“The Batman” was directly hit by the pandemic when its lead, Robert Pattinson, reportedly tested positive for the coronavirus during production. Filming has since resumed, and the Matt Reeves-directed movie, as of Monday, is now on track to reach audiences in March 2022 (five months later than the previous date).

“Godzilla vs. Kong,” planned as a second major faceoff for Americans to witness this November, will instead hit the big screen in May 2021. The film stars Alexander Skarsgard and Millie Bobby Brown, among others.

“In the Heights,” the movie version of Lin-Manuel Miranda’s Broadway musical, made the jump early on in the pandemic from summer 2020 to next June. It stars Anthony Ramos of “Hamilton” fame.

“The Matrix 4” was actually moved up from April 2022 to December 2021, a new date announced alongside the “Batman” delay. But in case that still isn’t soon enough, you can turn to HBO Max for more Keanu Reeves.

“Wonder Woman 1984” is the 2020 holdout. Originally intended as a June release, the superhero sequel starring Gal Gadot and Chris Pine was pushed to August, then October and, finally, to Christmas.

Numerous titles fall under the Disney umbrella, given that the studio dominates the entertainment industry – reportedly accounting for around 33% of last year’s box office. The classic Disney label, as well as Marvel and former Fox studios, all belong to the House of Mouse, so we’ve divided up the movies accordingly.

Walt Disney Studios hasn’t moved “Soul,” an existential Pixar cartoon about a junior high band teacher, from its November release date, but Variety reported last month that it might head directly to Disney Plus (as the live-action “Mulan” did). “Raya and the Last Dragon,” featuring Kelly Marie Tran and Awkwafina as the lead voice actors, will hit theaters in March 2021, while the live-action “Cruella,” starring Emma Stone as the villain from “One Hundred and One Dalmatians,” will be released that May. “Jungle Cruise,” in which Dwayne Johnson and Emily Blunt play a riverboat captain and scientist, respectively, will hit theaters in July.

Most of the Marvel Cinematic Universe’s Phase 4 films have been affected by the pandemic. The long-awaited “Black Widow” film, starring Scarlett Johansson as the titular Avenger, was delayed twice; originally scheduled for May, it will now be released a year later. “Shang-Chi and the Legend of the Ten Rings” was shifted a few months to July 2021 in light of the “Black Widow” delay, while Benedict Cumberbatch’s “Doctor Strange in the Multiverse of Madness” was pushed from November 2021 to March of the next year. “The Eternals,” which features a star-studded cast as the immortal beings, took that November spot.

Disney acquired 21st Century Fox, meaning that films developed by Twentieth Century Fox – and adjacent studio Fox Searchlight Pictures – also are associated with the behemoth. (They have since dropped the “Fox” to become 20th Century Studios and Searchlight Pictures.) “Free Guy,” starring Ryan Reynolds as a video game character, was pushed from this past July to December. Steven Spielberg’s take on “West Side Story” leaped from its family- and Oscar-friendly Christmas release to an unspecified date next year. The Ben Affleck films “Deep Water,” co-starring real-life girlfriend Ana de Armas, and “The Last Duel,” co-starring real-life best friend Matt Damon, have each been bumped several months to August 2021 and October 2021, respectively. Both Searchlight’s “Antlers,” a horror film starring Keri Russell and Jesse Plemons, and 20th Century’s “The King’s Man,” the third film in the “Kingsman” series, are slated for February 2021.

“Mission: Impossible 7” is currently underway, with longtime star Tom Cruise taking on more death-defying stunts as secret agent Ethan Hunt. Production hit pause for a bit due to the pandemic, but the Christopher McQuarrie film is on track for a November 2021 release (with the eighth installment set for a year later).

“A Quiet Place Part II” joined “No Time to Die” in being one of the early films to have its release delayed. The sequel, again directed by John Krasinski, was postponed (for a second time) to April 2021.

“Top Gun: Maverick” will bring us even more Tom Cruise next year when it premieres in July 2021, roughly a year after the initial release date and a whopping 35 years after the original film.

“Morbius” stars Jared Leto as a scientist who becomes a vampire after attempting to cure his rare blood disease (oops!) It also will be released in March and takes place in the same universe as “Venom.”

“Venom: Let There Be Carnage” – speak of the devil! – was delayed from this year’s spooky season to June 2021. Tom Hardy reprises the title role in this Andy Serkis-directed film playing opposite Woody Harrelson’s Carnage, a serial killer who also hosts an alien symbiote. It should be a hoot.