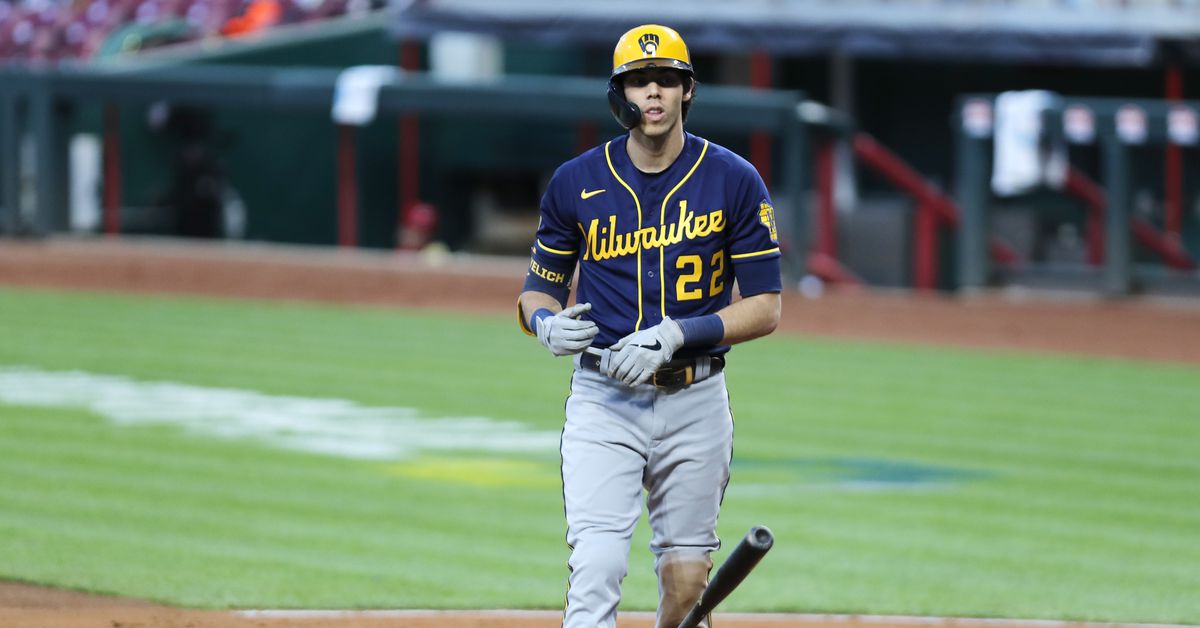 “One bad pitch” is one of those baseball cliches that can drive people crazy.

After all, if baseball is a game of inches, to steal another cliche, just about any close game is decided by One Bad Pitch.

But, forgive me, Brandon Woodruff had One Bad Pitch Monday night against the Reds, and it ended up costing the Brewers the lead in the first game of their important three-game set in Cincinnati. There were a couple more Bad Pitches later on, but Woodruff’s is the one that felt like a punch to the stomach.

Woodruff went toe-to-toe with Luis Castillo through 5 innings, and held a 1-0 lead thanks to a Jedd Gyorko blast when Castillo hung an 0-2 changeup the previous inning.

Woodruff ran into some trouble (and a little bit of bad luck) in the bottom of the 6th inning. After striking out Nick Castellanos looking in each of his first two at-bats, Woodruff jammed him with a pitch inside, but Castellanos was able to inside-out it for a bloop double down the right field line to lead off the inning. Joey Votto grounded out (not before Omar Narvaez wasn’t able to get in front of a spiked 0-2 breaking pitch, moving Castellanos to third), bringing up infamous Brewers Killer Eugenio Suarez, who did it again.

Woodruff’s grooved 1-2 fastball on his 100th pitch of the night proved to be more costly than Castillo’s hanging changeup, and chased him from the game. That home run would be the only true blemish on his pitching line, as he finished the night with 9 strikeouts over 5.2 innings, allowing just 4 hits.

The Brewers couldn’t get anything else going offensively against Castillo, Amir Garrett or Raisel Iglesias, who Reds manager and former Brewers legend David Bell brought in for what looked to be a 5-out save opportunity. Iglesias forced an inning-ending double play from Ryan Braun in the 8th inning after Garrett walked Christian Yelich.

The Reds added multiple BMIRs in the bottom of the 8th when Curt Casali jumped on a first-pitch fastball from Drew Rasmussen for a leadoff home run — the first home run Rasmussen had allowed in 10 appearances to start his MLB career.

Mike Moustakas followed with a 3-run blast to break the game open, giving the Reds a 6-1 lead.

That meant Iglesias could sit down, with Nate Jones picking up the 9th. Dan Vogelbach picked up a leadoff single, and Jace Peterson hit a 2-run, 2-out home run, which only made Moose’s home run hurt even more and cut the final deficit to 3 runs. Eric Sogard flew out to end the game.

The Brewers will have two more chances against the Reds before moving on to St. Louis. They’ll face Sonny Gray tomorrow, who has bad in two very short starts to start September before landing on the Injured List with a bad back. First pitch will be 5:40 p.m. CDT.