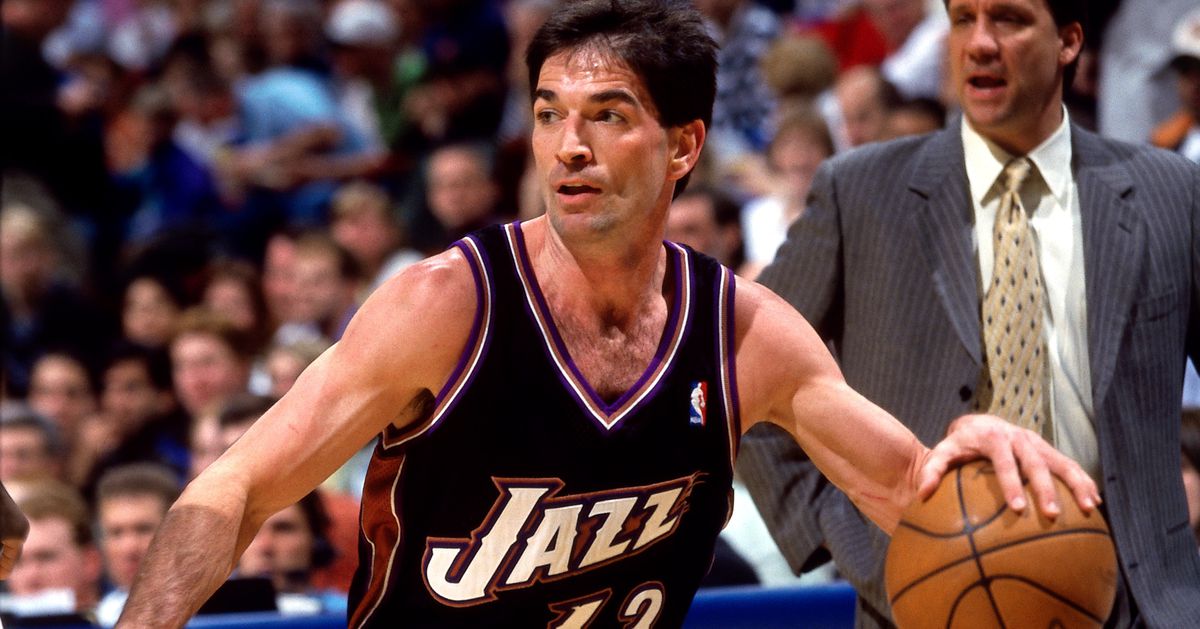 And he used to, but not anymore.

His record was broken by John Stockton and it will probably be a while before anyone breaks his.

Stockton retired with 15,806, well ahead of Jason Kidd who is #2. The active players on the list have no chance to catch him. Chris Paul and LeBron James have 9,653 and 9,346 respectively but they’re both nearing the end of their careers and won’t get anywhere near Stockton.

The only other active players are Russell Westbrook and Rajon Rondo, who are 31 and 34 respectively and are more than 8,000 behind.

It helped that Stockton had Karl Malone to pass to but it wasn’t like he was the only guy who got the ball from Stockton.

He had great vision, deceptive athleticism and strong wrists as you’ll see.

These passes aren’t as flashy as what we saw from Magic Johnson and Larry Bird, but they’re brilliant and laser focused and highly effective. When you can get Mark Eaton the ball for an easy basket you’ve got something.

Incidentally, Stockton also holds the career record for steals. Kidd, who again is in second place, is 581 behind.

The closest active player is Paul, who is 1,032 back, so Stockton will have that record for a long time too.