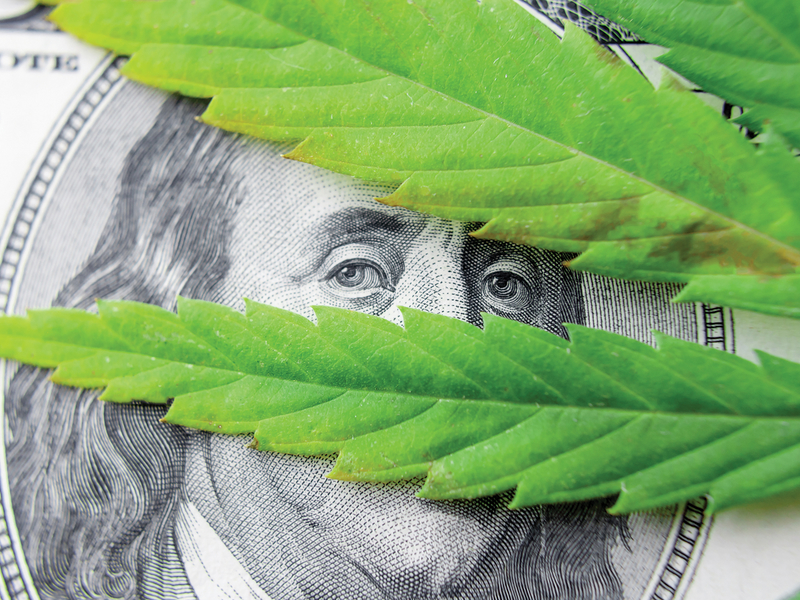 Gov. J.B. Pritzker has responded to concerns about the lottery that will be used to award new marijuana retail licenses, telling Black and Latino lawmakers in a letter today that “before the lottery takes place, we will take the necessary time to ensure that the process is fair and equitable.“

When it announced the finalists for the lottery, the state said it would hold the lottery in late September, but it now appears the process could take longer than that. “The final date for the lottery has not been set as of today,” a spokeswoman for the Governor said in a statement.

The governor’s office has been under fire since it announced Sept. 3 that 21 applicants had received perfect scores, and they would qualify for a lottery to award all 75 new retail cannabis licenses.

The results immediately drew criticism from applicants and legislators who said the process failed to deliver on one of the key goals of the legislation: to diversify the largely white, male ownership of the industry. The legislation was one of Pritzker’s top legislative achievements, and Black and Latino lawmakers provided critical support. The lottery risks alienating them.

“I appreciate your partnership on vital issues such as cannabis, particularly the questions you have raised about the process to award these licenses to operate adult use cannabis dispensaries,” Pritzker said in letters to the Black and Latino caucuses in the General Assembly. “I take these questions very seriously, and I hear your concerns.

“When you and other stakeholders alerted us to potential issues in the first round of the lottery process, my team immediately began a careful examination of all the concerns expressed. They are working to identify, as quickly as possibly, what additional steps can be taken now, under the existing law, to address your concerns about this initial round of licensing.

“Our review is comprehensive and is taking longer than any of us would like, but we are committed to continuing a productive conversation with you as we examine the process to select applications to participate in the lottery. As we work to answer these questions, however, I want to be very clear: Before the lottery takes place, we will take the necessary time to ensure that the process is fair and equitable.”

The marijuana, passed a little more than a year ago, won praise for its elaborate criteria for “social equity,” giving bonus points to applicants from areas disproportionately impacted by poverty and crime associated with the war on drugs. But it also included bonus points for military veterans that proved to be the only way to achieve the highest score and qualify for the lottery.

Many social-equity applicants who failed to achieve perfect scores questioned the scoring process. Applicants also cried foul over successful teams that included former political officials and business leaders, fearing a repeat of the earlier licensing process that resulted in large companies dominating the industry in Illinois.

Lawsuits have been filed in state and federal court on behalf of more than 75 unsuccessful applicants, who claim there were inconsistencies and errors in scoring, as well as the role that veteran status played in determining who qualified for the lottery. Judges in state and federal court are scheduled to hold hearings Sept. 22 on requests for temporary restraining orders to put the lottery on hold.

More than 700 groups applied for the licenses, but just 21 applicants achieved perfect scores, requiring the state to use a lottery under tie-breaker rules that were implemented after the initial law passed. Members of the Legislative Black Caucus immediately called on the governor to slow down the process before awarding licenses.

It’s not clear whether Pritzker would delay the process. In his letter, the Governor said: “With 315 additional licenses that can be awarded in the future under existing law, I believe there are powerful changes that the General Assembly can consider to adjust the existing law.

“… Utilizing a cut score for entry into the lottery will allow applicants who submitted exceptional, but not perfect, applications to enter the lottery. This will expand the range of social equity applicants who can compete for a license moving forward.

“Consider changes to the number of dispensary licenses that will be awarded in Round 2. (The law) requires the Illinois Dept. of Financial and Professional Regulation to award up to 110 .. licenses by Dec. 21, 2021. The administration sees value in re-evaluating how many licenses should be awarded in subsequent rounds as the state approaches the statutory cap of 500 dispensary licenses.