When you think about marijuana stocks, popular Canadian cannabis companies including Aurora Cannabis (NYSE:ACB) and Canopy Growth (NYSE:CGC) likely come to mind. But there are several U.S. marijuana companies that are thriving amid the coronavirus pandemic — yet are being overlooked.

Most U.S. cannabis companies have outperformed their Canadian counterparts this year. Illinois-based Cresco Labs (OTC:CRLB.F) had an impressive start to the year with its first-quarter results, and it continued to shine with its stunning second-quarter results, reported on Aug. 20.

Shares of Cresco are down 20% so far this year, while Aurora’s and Canopy’s shares have lost 73% and 22%, respectively. Meanwhile, the industry benchmark, the Horizons Marijuana Life Sciences Index ETF, is down by 6.3% over the same period. Let’s take a look at what was good in Cresco’s second quarter. 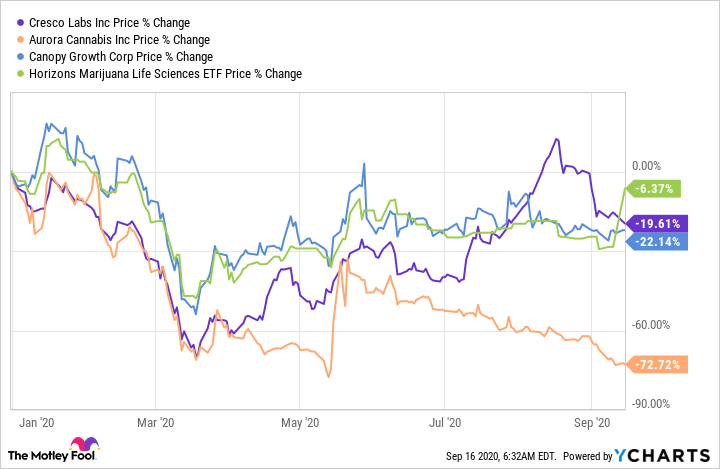 Another quarter of staggering revenue growth

The COVID-19 pandemic has helped marijuana sales to soar, and more and more people are accepting the drug as a consumer staple. Demand for cannabis, which is known to help with anxiety, climbed in the U.S. amid the pandemic. Demand is high in Canada as well, but regulatory holdups there have resulted in fewer legal stores than expected, affecting sales. Meanwhile, U.S. cannabis companies saw triple-digit revenue gains this year.

Cresco Labs manufactures and sells medical and recreational marijuana under the brand names Cresco, Reserve, Remedi, Good News, and High Supply via its retail and wholesale segments. Its retail segment sells medical and adult-use cannabis in the U.S. along with nicotine vape products in Canada. Its line of marijuana-infused edibles is created by James Beard award-winning pastry chef Mindy Segal. Its vertical integration allowed Cresco Labs to control its supply chain during the pandemic, and it didn’t face any supply issues amid the crisis. 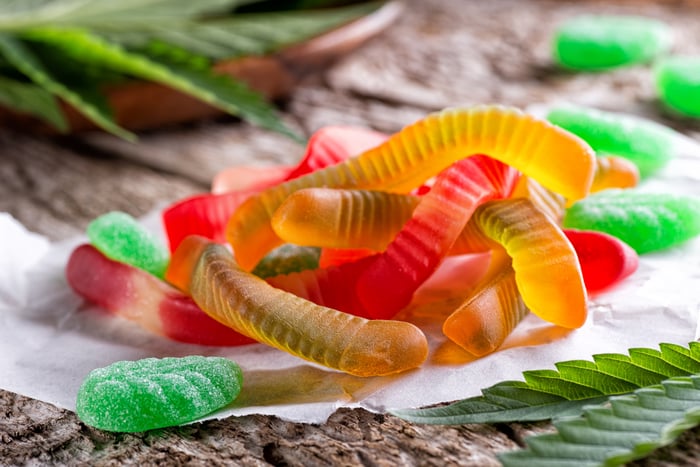 Cresco saw a whopping 216% year-over-year jump in revenue to $94.2 million for its second quarter, ended June 30. It marked 30% sequential growth in all the U.S. markets where it operates, except for Massachusetts, which halted recreational cannabis sales for part of the second quarter.

Most of the revenue increase was driven by an uptick in wholesale cannabis, which made up 59% of total revenue, while retail cannabis contributed the remaining 41% in the quarter.

Cresco’s adjusted EBITDA jumped from $2.2 million in the year-ago period to $16.4 million in Q2. Management attributes the increase to higher revenue and a rise in “operational gross profit in Illinois and Pennsylvania.”

What gives me confidence in this pot stock is its strategy of targeting key U.S. markets. It has a solid foundation in its home state of Illinois, with nine retail stores. Illinois has seen surging cannabis sales since recreational use was legalized in January, with $40 million worth of marijuana sold that month and a record-breaking $63 million in August. Illinois will issue 75 cannabis dispensary licenses to recreational pot retailers in the coming weeks, opening more doors for Cresco.

Another strong market for Cresco is Pennsylvania, where close to 390,000 people are registered in the medical marijuana program. In the Q2 earnings call, management also stated they see potential in Ohio and Maryland. The company ended the quarter with $71 million in cash and cash equivalents and $24 million in short-term and current long-term debt. 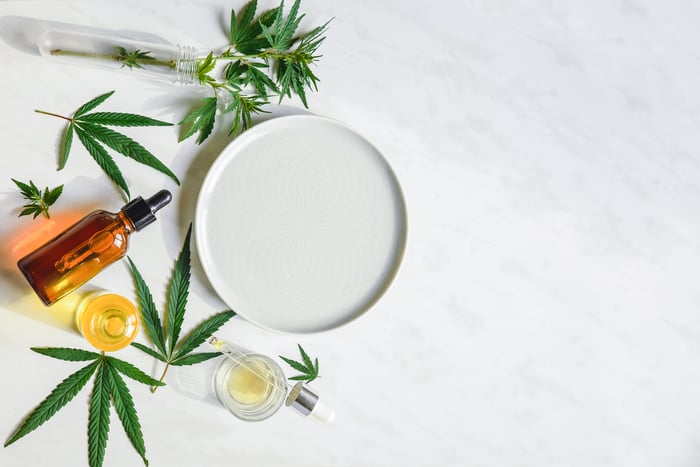 Most U.S. cannabis companies are expanding at rocket speed with hopes of federal legalization by 2022. And several states– including New Jersey, Mississippi, South Dakota, Arizona, and Montana — have cannabis legalization initiatives on the 2020 ballot, allowing for more expansion opportunities. Management at Cresco expects recreational legalization in New York and Arizona (if and when it happens) to make their products available to a particularly large consumer base.

Cresco Labs is already targeting the key U.S. markets, and with more states making cannabis legal, this pot stock could soon be unstoppable. Triple-digit revenue, consistent profits, a good cash position, and a carefully planned strategy for the future make this stock a good cannabis pick.