When you’re knee deep in a sticky situation – a humorous side note could make all the difference. Considering how 2020’s been going, it may be time for some lighter news or some non-news if you will.

Today we’ll go over the statements of his speech and analyze the logic of his arguments.

For starters, Ander initiates his position with, “Lincoln has the opportunity to be a Social Leader in this country…”

By the sound of things – it must be some very important business to be able to influence a social tone within the entire nation. He continues by saying that the epidemic has gotten so bad that even “children are normalizing this type of language” or considering these kind of terms to be “normal”.

“I go to fine restaurants and watch families throwing around these words….pretending things to be just fine…I’m talking about Boneless Chicken Wings!”

And there – after 32-seconds, Ander drops the first notion that his entire speech will be about – you guessed it, Boneless Chicken Wings. The rest of the people in the room didn’t expect it since you can hear a loud chuckle in the background.

Ander – unbothered by the laughter continues.

“I propose that we as a city…” he then had to make a point to silence the audible laughter, “Excuse me…I’m trying to…”

And finally – his proposition….”I propose that we as a city remove the name Boneless Chicken Wings from our menus…and our hearts.”

And now – let’s dive into his reasoning as to why we should do this.

“We would be disgusted if a butcher would go around and mislabel his meats – but we’re supposed to be okay with and pretend that a chicken’s breast is his wing?

Fair point Mr. Christenson – it’s these very semantical dissonances within society that creates cultural rifts. I mean – if we can’t agree that a chicken’s wing comes from the wing of a chicken – what other lies are these advertisers selling us! Enough is enough!

Once more – one cannot argue with that sound logic. We don’t need to specify something that inherently isn’t ‘there’. You don’t go to buy an ice cream and ask them to hold the pickles. There would be no pickles – it’s madness to assume that an ice cream cone would need pickles in the first place….or catsup or anything of the likes.

Why then – when it comes to “boneless chicken wings” – this lie persists. Conspiracy? ‘Big Boneless’ might silence us all but the truth will always come out!

We need to raise our children better!

“We’re conditioning our children to be afraid of bones in meat….that’s where meat comes from, it grows on bones!”

I’m not entirely sure whether kids are afraid of bones in their meat – I think rather it’s a means of selling chicken for more expensive. You see – the poultry industry produces a literal “FUCK TON” of chicken annually and in order to sustain their hyper-production, they need to move product.

I think the boneless argument comes down to keeping the corporate beast alive – but on the point of Christenson, I guess some kids may be confused. It’s probably why they put “Do not drink” on bleach bottles – for ‘those kids’.

Here’s a glorious quote from Christenson.

“We need to teach our children that the wing of a chicken…if from a chicken…and it’s delicious!”

What to call Boneless Wings from now on?

What I particularly enjoyed from Ander was his drive to rename them and he didn’t come without any suggestions. Here’s the ones he came up with.

Not so sure about “Trash”.

If you were to come up with new names for “Boneless Chicken Wings”…what would it be?

A Call to Action

Probably the best part of the entire speech are the last few lines – driving home the sarcasm.

“We can take these steps and show the country where we stand, and that we understand we’ve been living a lie for far too long…and we know it…because we feel it in our bones!” – Ander Christenson 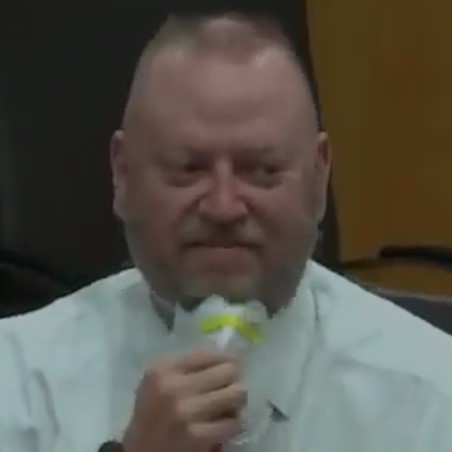 Turns out his dad was one of the Council Members…