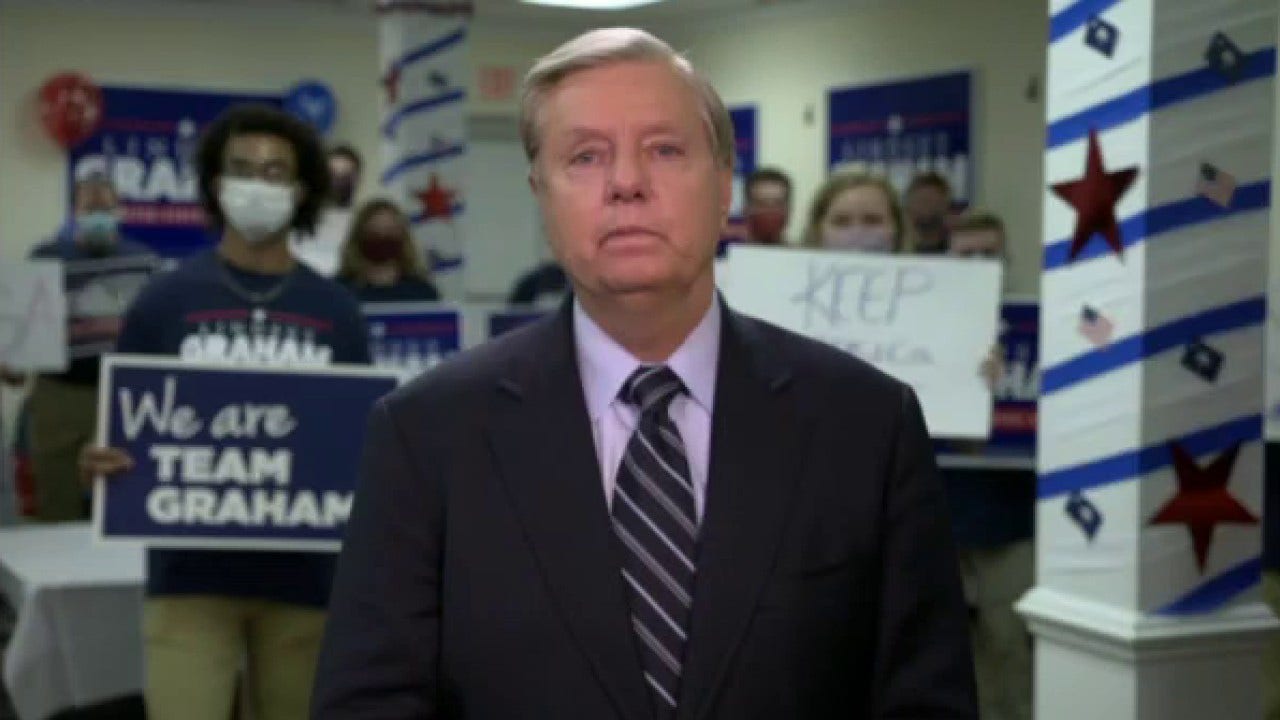 Walker, who once played for the Trump-owned New Jersey Generals of the United States Football League, blasted Democrats over their repeated accusations that the president is racist.

“I take it as a personal insult that people think I’ve had a 37-year friendship with a racist,” Walker said. “People that think that don’t know what they’re talking about.”

GRAHAM MAY BE ‘IN TROUBLE’ WITH REELECTION IN SOUTH CAROLINA

Elsewhere in his remarks, Walker recalled Trump joining his children on one of the rides at Walt Disney World during a family vacation.

Turning to the fallout from the Russia investigation, Graham discussed what he considered a double standard in the FBI’s treatment of the Trump and Hillary Clinton campaigns ahead of the 2016 election.

“Well, [former Deputy Attorney General] Sally Yates said the goal was to treat both campaigns the same. Well, she failed miserably,” Graham said. “I found out in March of 2015, the FBI found a plot by a foreign government to funnel money into the Clinton campaign illegally. They wanted a FISA warrant. The FBI office in D.C. said, ‘No FISA warrant until you tell Clinton about the problem so she can fix it.’

“Compare that to the way the FBI treated Trump,” he added. “They never told him about any of these problems. They used the FISA process to spy on his campaign. This is a very big deal.”

Graham, the chairman of the Senate Judiciary Committee, added that he is also trying to find out whether former FBI Director Jame Comey and his former deputy Andrew McCabe knew that 2017 testimony given to the Senate Intelligence Committee undermined the legitimacy of the Steele dossier.

“[John] Durham is closing in and I’m closing in,” he said.