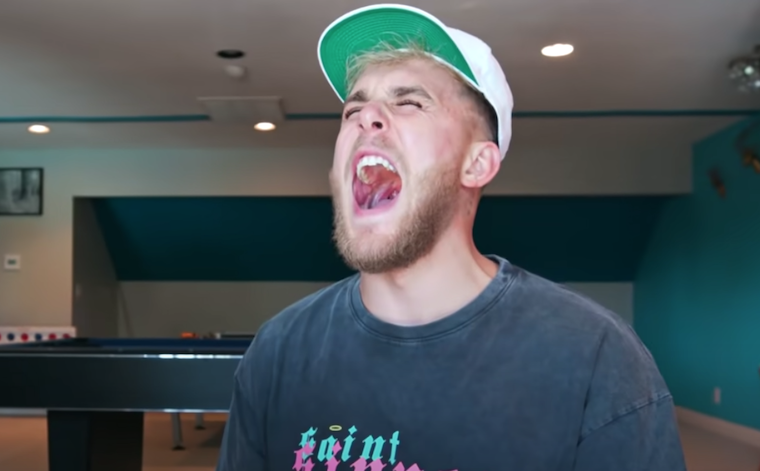 Okay so, yesterday August 5th, 2020, Jake Paul’s house was raided by the FBI. The judge involved in the case sealed the order however, so the agents involved were not allowed to discuss the nature of the search. However it didn’t take long for some information to come out about the search, even though at this point this is all alleged information, nothing can be confirmed because there is no official information out there. However, according to some sources, this is the reason for the raid.

As we all know, back during the major BLM protests, Jake Paul was in Scottsdale Arizona and he was videotaped at a riot trying to bust windows in a car, and also recorded receiving a stolen bottle of liquor from a looted PF Chang’s from one of his crew.

Youtube: So, why was Jake Paul’s house raided by the FBI again?

According to these sources, in this raid, there were some guns that were seized. Now, this is just speculation on our parts, but if the FBI is seizing weapons then there is a good chance that the weapons are stolen.

Now, that isn’t always the case, there are cases of civil forfeiture, in which case assets can be taken in lieu of tax money owed to the government, which, honestly, I’d believe that more if Jake Paul didn’t flaunt his wealth so much, I mean the guy drives a lamborghini for crying out loud, yes he could be cheating on his taxes but that doesn’t really seem like his MO.

What does seem like his MO however is that that along with this stolen bottle of liquor there were other stolen items received as well, items which could very well be the guns that were seized in the raid.

It seems that was not the only place being raided, while this raid took place in Calabasis another raid was going on at the home of a friend of Jake’s, a friend who doubles as his cameraman a lot of times, and his name is Armani Izadi.

There is footage of those two hanging out together at different times, and if I’m not mistaken, I have heard that he was the one that recorded the whole video of Paul in Scottsdale. There were more weapons seized at this house, and there were people arrested, being led away in cuffs, at this location, however it was not Izadi or Paul.

According to sources, at the Calabasis home there were four weapons seized, and they were rifles or shotguns, it is not said what kind or how many weapons were sezed at the Las Vegas location. A question I have is why did these two famous youtube personalities need so many guns anyway?

I mean, rifles, really? It’s not like Jake Paul had a hunting and fishing channel and was going to use them for that purposes. Also does the guy really need that many weapons for protection? I’m from the south, so I have nothing inherently against gun ownership, but I really can’t see having more than 2 guns in the house and unless you actively hunt, I can’t see a person owning rifles.

Did Paul think that our world was going to devolve into Fallout: 2020 during the protests, is that what maybe prompted him to ‘stock up’ as it were? We’ll keep you updated. Stay tuned!!!

For any other soap opera and entertainment news, please visit Daily Soap Dish. For more royal and celeb baby news, come back to Celeb Baby Laundry.