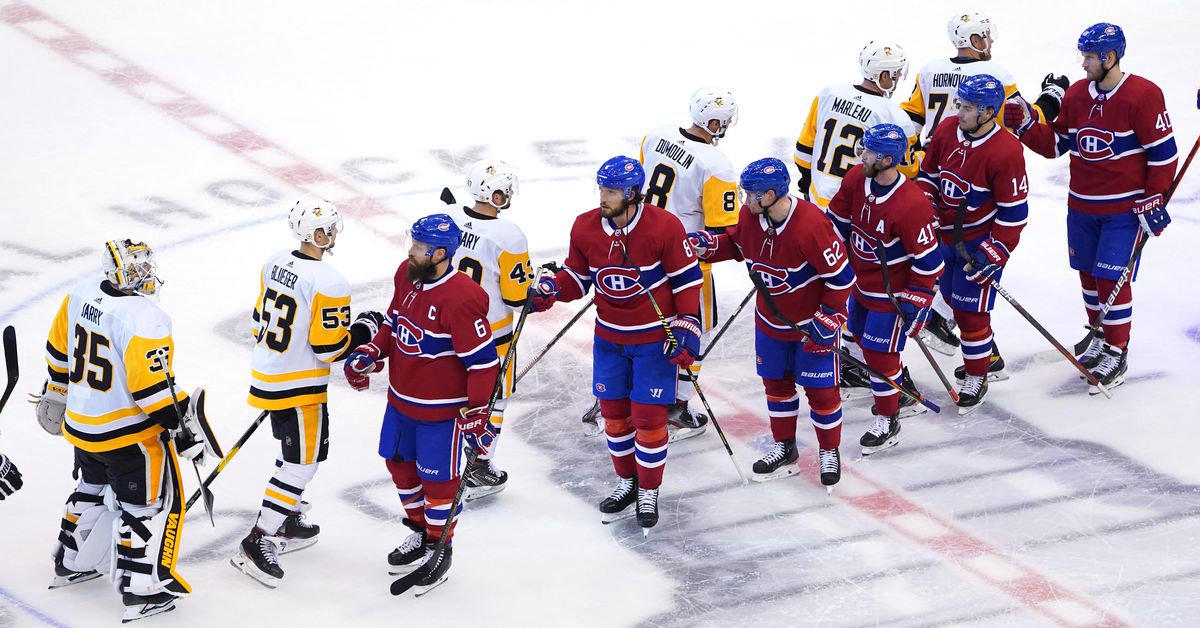 Throughout the Stanley Cup playoffs we’ll be keeping track of all the action around the league, and bringing you all of the results in one place.

In the first of six elimination games, the Islanders were able to punch their ticket to the first round. The first goal of the game was one that never should have happened, when Anthony Beauvillier’s innocent-looking backhand beat a standing up Sergei Bobrovsky. He’d score his second of the game, and third of the series, just four minutes later to increase New York’s lead to two. Mike Hoffman put the Florida on the board with a power play goal, but that would wind up being the Panthers only goal in the game. Brock Nelson, Mathew Barzal, and Jean-Gabriel Pageau scored in the second and third periods, as the Islanders cruised to a game four victory.

After the game, it came out that the Panthers are expected to part ways with Dale Tallon — again. Insert “thank god I’m back” joke here.

One of two overtime games today, and the second of many conclusions to play-in series. Michael Grabner opened the scoring for Arizona in the first, and Phil Kessel added to their lead early in the second. Nashville flipped the game with two of their own in the second period, courtesy of Matt Duchene and Viktor Arvidsson, before Jordan Oesterle regained the Coyotes’ lead in the third. Then things got really exciting.

With 31 seconds left, Filip Forsberg tied the game with a laser from the circle. Ryan Ellis made the game-saving play just a second prior, keeping an Arizona clearing attempt in the zone, and setting up Forsberg for the one-timer. But the goal would only extend their post-season for a couple minutes, as Brad Richardson would bang home the rebound from his own original shot for the series-clinching overtime goal.

Lol. The Habs, who in the regular season won 31 games and lost 40, took out the Penguins. Let’s just think about that for a minute ….

While Pittsburgh may have arguably been the better team in both of Montreal’s previous victories, this game was firmly in the Canadiens hands. Yesterday it wasn’t an individual making a mistake that caused them to lose (though Brandon Tanev’s turnover on the eventual game-winner was brutal) but a lack of control. Tristan Jarry, who made his first post-season start, played well, as did Carey Price, who pitched a shutout. It took over 55 minutes for a goal to be scored in the game, and it was Artturi Lehkonen who was finally able to break the ice. Jarry got spun around watching Paul Byron head behind the net, and despite four Penguins standing close to the net, none of them covered the passing lane, nor Lehkonen himself as he made a break to the goal. Shea Weber added a long-range empty net goal to seal Pittsburgh’s fate.

If the Flyers win tonight, they will play the Canadiens in the first round of the playoffs.

Facing elimination, the Oilers started game four with a bang. Just 45 seconds in Connor McDavid found Josh Archibald in front to give Edmonton the early lead. But before the halfway mark of the period, the Blackhawks had not only tied the game, but taken the lead. First it was Brandon Saad, followed by Matthew Highmore just under three minutes later. Early in the middle frame there was a reckless, stupid hit thrown by Alex DeBrincat that earned him a five minute major penalty for boarding. It would not be surprising to see him miss a game, or games, in the first round. He should, at least. Ryan Nugent-Hopkins tied the game with the lone goal of the period.

The Oilers were the better team in the third, owning 70 percent of the shots at even strength, but the Blackhawks were able to capitalize on one of their just eight shots on goal in the period. From behind the goal line, Jonathan Toews set up Dominik Kubalik for a one-timer in the faceoff circle that beat Mikko Koskinen to give Chicago the lead. Edmonton continued to pepper Corey Crawford with shots but he and the Blackhawks held on, knocking McDavid and the Oilers out of the post-season.

The two 12-seeds took out the two 5-seeds — the drama of it all, incredible.

One team staved off elimination yesterday, and it was the team down 3-0 with four minutes left in the game.

After a hat trick in game three, Pierre-Luc Dubois continued his impressive play-in performance with a slick pass to Cam Atkinson that gave Columbus the early lead. After a pretty even first, Columbus sagged with the lead in the second, with Elvis Merzlikins making a number of key stops to the keep his team ahead. Vladislav Gavrikov scored his first post-season goal on a shot that one would expect Frederik Andersen to stop, to add to the Jackets’ lead. Early in the third Boone Jenner made it 3-0, and it was looking like Toronto would be the next team leaving the bubble. However, everything changed with just under four to play.

William Nylander started the comeback when he found the puck in the crease following a Mitch Marner shot and put home the rebound. Less than a minute later John Tavares beat Merzlikins clean with a shot from the slot. Suddenly it was a one-goal game with three minutes left. As time was ticking away, Zach Hyman and Auston Matthews played catch before Hyman threw a low shot at the net that squeaked through Merzlikins’ five-hole. Merzlikins had to deal with a double-screen, with his own defensemen Seth Jones, and Tavares blocking his sight-lines on the goal.

In overtime, Matthews won the game for Toronto on a one-timer from the faceoff circle just ten seconds into the power play. Columbus was a man down, but he was still given entirely too much space to take the shot. With that, the only game five of the play-ins was forced.

A third overtime game! But this time the overtime period would last just eleven seconds before Chris Tanev closed the series.

The big news prior to the game was that Ryan Suter, who missed the final seven minutes of the teams’ last meeting after blocking a shot, would not be playing in the game. Luke Kunin opened the scoring with a power play goal following a Tyler Myers penalty. Myers, by the way, took nine minor penalties in four games. An impressive feat in the worst way. Tanner Pearson tied the game but Eric Staal gave Minnesota the lead back just 40 seconds later with his first of the series. Joel Eriksson Ek scored first in the middle frame, giving the Wild a two-goal lead. Brandon Sutter got it right back under two minutes later, and less than two minutes after that it was Quinn Hughes scoring his first career playoff goal on the power play. Before the period could come to a close, Nico Sturm would score his first to send Minnesota into the third period with a one-goal lead.

With around six minutes remaining in the third, Bo Horvat tied the game on a fantastic pass from Pearson below the goal line. Once overtime began, it took just one point shot to end Minnesota’s season for good. Tanev’s seeing-eye shot with traffic in front beat Alex Stalock to clinch the series for the Canucks just eleven seconds into the extra period.