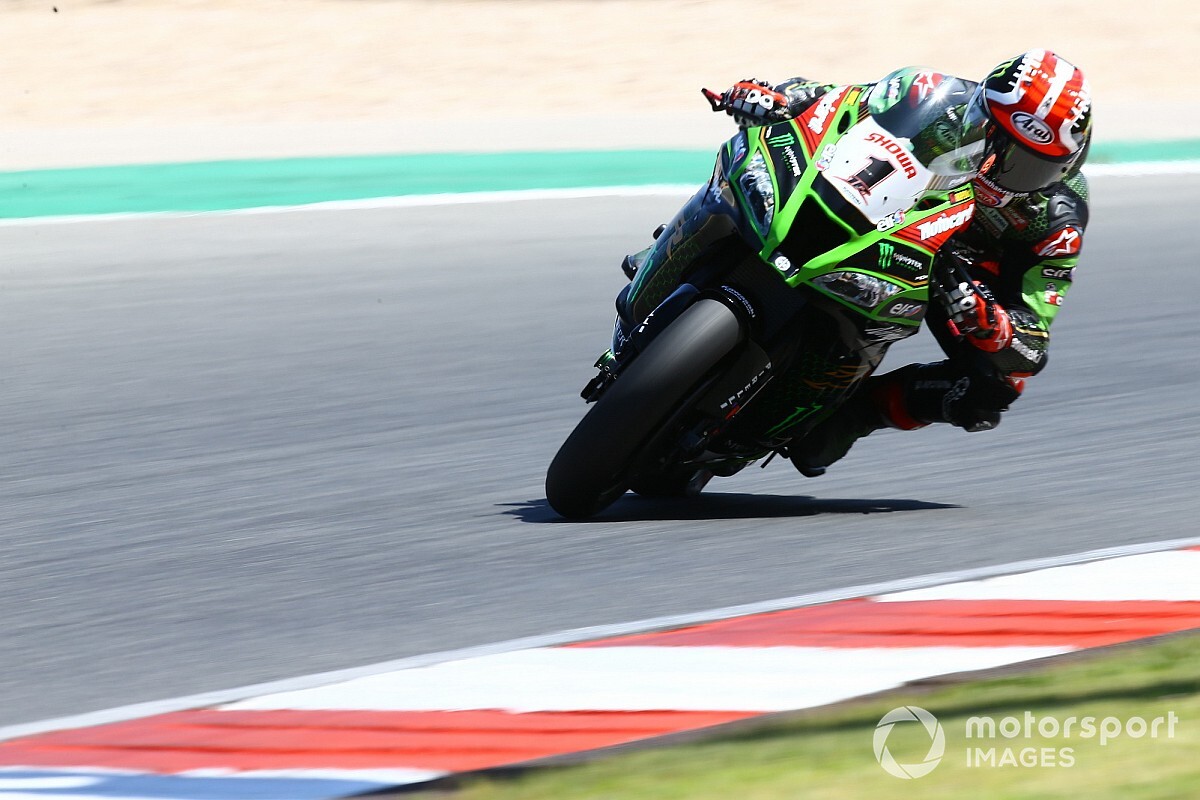 Ten Kate Yamaha’s Loris Baz set the early pace on race tyres with a 1m42.317s, though FP3 pacesetter Toprak Razgatlioglu blitzed this on his first lap with a 1m41.353s.

Ducati’s Redding – who leads the standings by 24 points after a double win at Jerez last week – shadowed the factory Yamaha rider by 0.083s at the end of his first flying lap.

But on his second, Redding crashed at the Turn 5 hairpin, with the Ducati rider later telling his crew when he returned to pitlane: “I think I bottomed the front”.

Redding would return to the circuit with eight minutes to go after the damage on his Ducati was repaired, but he failed to lift himself up the order on his qualifying tyre run at the end.

Posting a 1m41.436s, Redding could only muster eighth behind the customer Ducati V4 R of Go Eleven’s Michael Ruben Rinaldi.

Kawasaki’s Alex Lowes shot to the top of the order on his Q tyre lap with a 1m41.074s, before teammate Rea began to light up the timing screens. The reigning world champion crossed the line with a 1m40.676s to take over top spot with just a minute to go.

Yamaha man Razgatlioglu put the pressure on across the first two sectors, only entering the final split a tenth down on Rea.

But the Turkish rider continued to bleed time and wound up 0.278s adrift, unable to deny Rea his first pole of the season.

Lowes completed the front row for his best qualifying result of the year behind Razgatlioglu, with Jerez poleman Tom Sykes heading the second row on the BMW.

Michael van der Mark edged Baz in fifth, with Rinaldi, Redding and the BMW of Eugene Laverty – who suffered an engine issue in FP3 – making up row three.

Leon Haslam was top Honda runner in 10th, though just under a second off the pace, with the GRT Yamaha of Garrett Gerloff splitting Haslam from teammate Alvaro Bautista – who crashed at Turn 13 with 10 minutes remaining.

Chaz Davies struggled in Superpole, the Ducati rider only conjuring a 1m42.227s in 13th.